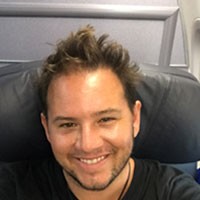 Following his graduation with honors from California State University of Long Beach in 1996 with a Bachelor of Science in Criminal Justice and Film Production, Chad joined a dot com called iPIX (Internet Pictures Corporation) in 1998 where he was instrumental in creating a 360 Degree Imaging Market in Southern California. He led this region with the highest growth in sales from 1999-2001 with sales up to 12 million in one year. He had full authority over the development of real estate brands such as Coldwell Banker, Century 21 and ERA. He was part of the Senior Leadership of Homestore.com after the iPIX/ Homestore.com merger.
In 2001 Chad was recruited by BeHere Technologies in Cupertino, CA. Here he was Vice President of Sales and Research for their TotalView One shot 360 Technology in the Security, Still and Video, as well as TV and Motion Pictures Division as well as United States Navy, Marines, Army, Coast Guard and the Pentagon. Chad was instrumental in the implementation of 360 degree video on the U.S.S Cole and other submarine fleets for military organizations around the world. He was part of the 2001 NBA Finals where he produced the first ever 360 replay during live television for the Championship Series of the Los Angeles Lakers vs. Philadelphia 76ers. The 2002 Winter Olympics used this system during their hockey games for NBC Sports, followed by the Red Carpet Events for E Onine!.
In 2002 he started his own media company known as A Bird’s Eye 360 Solutions where he started producing media for Real Estate, E-Commerce, Travel and Hospitality markets. Quickly growing his company to the leader in the Real Estate Market in Southern California, Chad took an interest in aerial photography. In 2008 A Bird’s Eye starting shooting aerial Video &Stills with R/C and Full Size Helicopters. This passion has evolved into being one of the top camera operators and aerial cinematographers in the industry. Shooting on many TV and Motion pictures in the last 3 years such as Fire with Fire, End of Watch, Escape Plan, The Frozen Ground, 2 Guns, Broken City, Lone Survivor, And So It Goes, The November Man, Submerged, How To Make Love To An Englishman, to name a few. He also travels the world shooting high end real estate projects such as the 27 Acre Island in Savusavu, Fiji www.NoPaparazziHere.com for his newly developed A Bird’s Eye International Real Estate Brokerage. www.abirdseye.com
Chad has been a hired photographer over the years for Meridith Baer Home, Los Angeles Times, New York Times, TMZ, Splash Media, Corbis, Architectural Digest, Conde Nast, National Geographic, NBC and many more. He has been featured on HGTV’s Selling LA and Bravo’s Million Dollar Listing television shows. In 2014 Chad makes his acting debut as a CIA Cleaner in the feature spy thriller starring Pierce Brosnan called The November Manis set to be released August 27th. Directed by Roger Donaldson this thriller will star Olga Kurylenko, Eliza Taylor, Luke Bracey, Will Patton, Bill Smitrovich, and more. 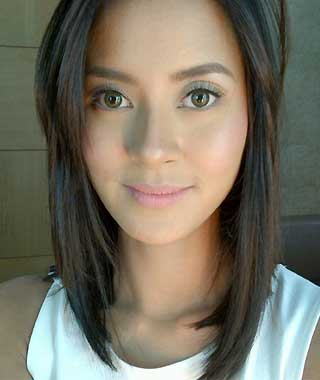 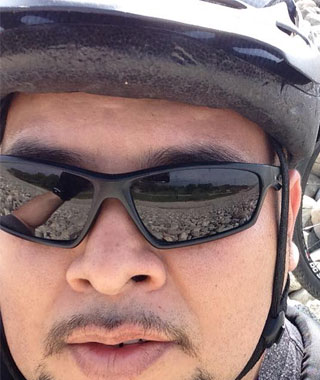